The Curse Of Oak Island: The Story of the World's Longest Treasure Hunt 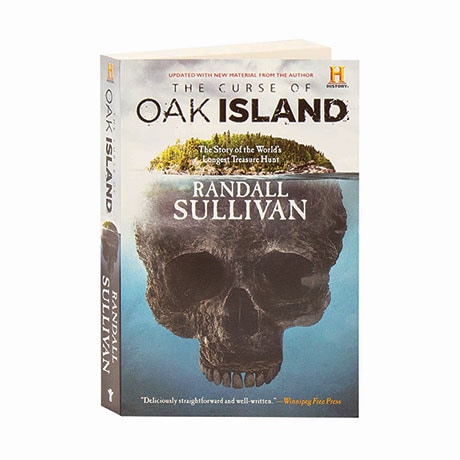 The Curse Of Oak Island: The Story of the World's Longest Treasure Hunt

In 1795, a teenager discovered a mysterious circular depression in the ground on Oak Island, in Nova Scotia, Canada, and ignited rumors of buried treasure. Early excavators uncovered a shaft with wooden platforms, but water poured in and made further digging impossible. As Randall Sullivan details, the "Money Pit" has enthralled generations of treasure hunters, including an insurance salesman whose obsession ruined him, young Franklin D. Roosevelt, and film star Errol Flynn, while inspiring the History Channel series. Following Marty and Rick Lagina on their quest, Sullivan ponders the theories of what is hidden there: pirates' treasure, Marie Antoinette's lost jewels, the Holy Grail, and proof that Sir Francis Bacon was the true author of Shakespeare's plays.