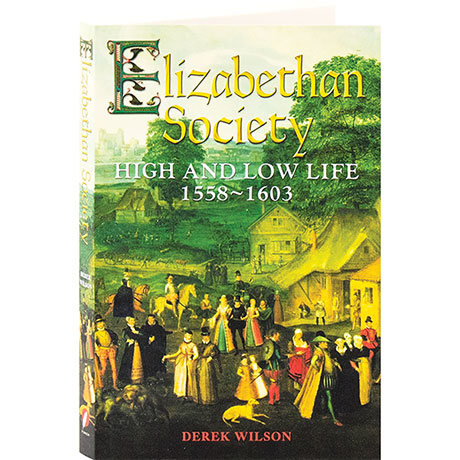 The reign of Queen Elizabeth I (1558-1603) marked a golden age in English history, a renaissance that saw the plays of Shakespeare, the triumphs of Drake, and the defeat of the Spanish Armada. But not everything about the Elizabethan era was glittering. Derek Wilson—Tudor historian and biographer of figures from Henry VIII to Peter the Great—looks at the society of the times through some of its representative members, including statesman Nicholas Bacon, landowner Bess of Hardwick, financier Thomas Gresham, doctor John Caius, soldier John Norreys, and career criminal Nicholas Jennings.