A Deception At Thornecrest: An Amory Ames Mystery 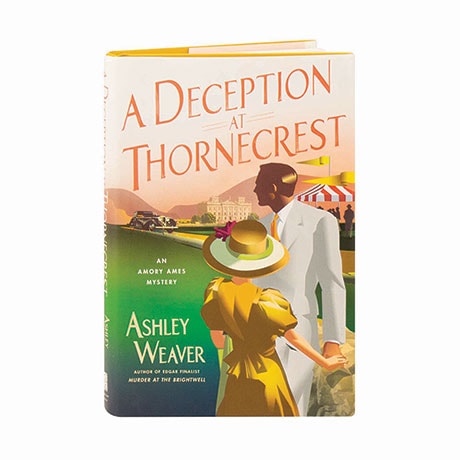 A Deception At Thornecrest: An Amory Ames Mystery

Alone at her country house Thornecrest, sometime sleuth Amory Ames is preparing for the arrival of her baby. Her husband Milo is in London on business, and Amory is content to organize the nursery and avoid the hubbub of the coming Springtide Festival. But in Amory's seventh novel (following A Dangerous Engagement), a woman appears on her doorstep, claiming to also be Mrs. Ames—Milo's other wife. Then another unexpected visitor shows up, and secret identities and whirlwind romances increasingly seem to be par for the course. On the festival day, Milo's stableman Bertie is found dead, and now Amory is up to her neck in mysteries to solve.