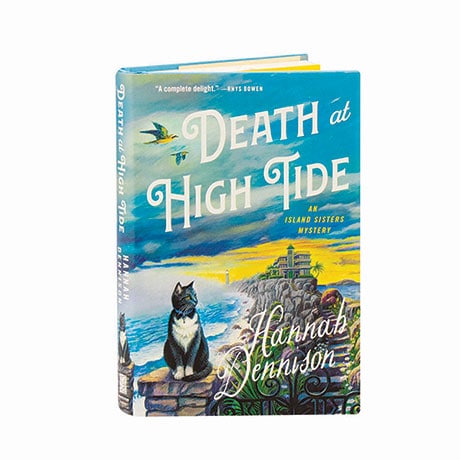 When Evie Mead's husband, Robert, dies suddenly, a note is found among his possessions indicating that Evie may own the rights to an old hotel on Tregarrick Rock, one of the Isles of Scilly. Returning from Hollywood, Evie's sister Margot accompanies her to the hotel, where the foul-tempered owner claims he's never met the late Robert—even after Evie finds photos of him, displayed in the office. The rest of the islanders, ranging from an ex-con receptionist to a vicar who communicates with cats, are a difficult bunch, too. But in this series debut, when a murder occurs at the hotel, and then another soon follows, Evie and Margot are both prime suspects and the only people who really want to solve the crimes.