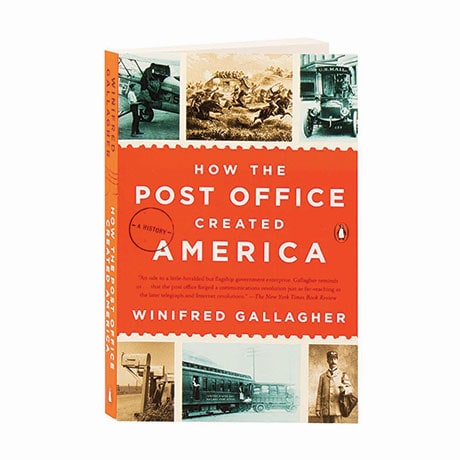 The Continental Congress established a post office before they had even signed the Declaration of Independence, and for a long time it was the government's largest and most important endeavor. This uniquely democratic post powerfully shaped our culture of uncensored ideas and lively opinions, posits Winifred Gallagher, who here presents the history of the U.S. Post Office Department as the nation's own story. Confronted with the country's increasingly anti-institutional mindset and not yet fully modernized, the post office is at a crossroads; Gallagher argues that now, more than ever before, the imperiled U.S. Postal Service deserves renewed effort, because just as it was intended, it can play a role in a forward-looking, communication-oriented America.