Nothing To Fear: FDR's Inner Circle and the Hundred Days That Created Modern America 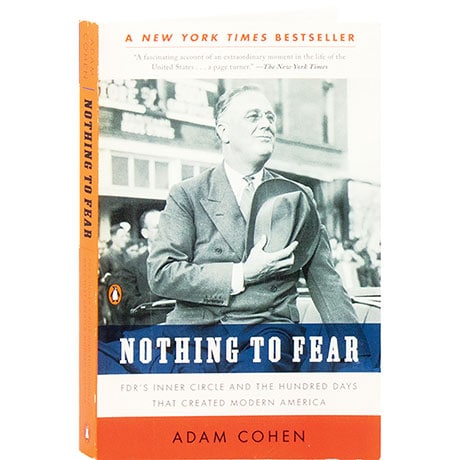 Nothing To Fear: FDR's Inner Circle and the Hundred Days That Created Modern America

When Franklin Roosevelt took his oath of office in 1933, more than 10,000 banks had gone under following the Crash of 1929, a quarter of American workers were unemployed, and riots were breaking out at garbage dumps as people fought over scraps of food. By the end of FDR's first 100 days, the federal government had assumed an active responsibility for the welfare of all of its citizens. How was it possible? Adam Cohen provides an illuminating group portrait of FDR's "brain trust": right-hand man Harry Hopkins; pioneering feminist Frances Perkins; and economist Raymond Moley, who eventually became a critic of the New Deal.