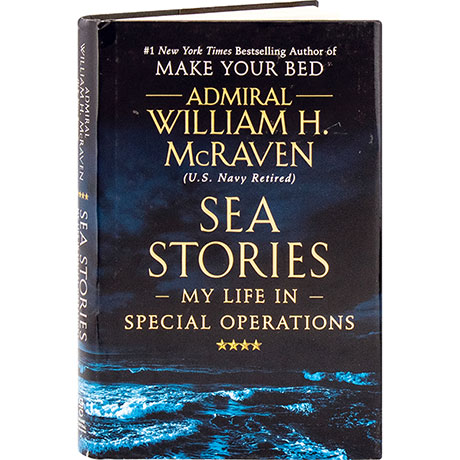 Already a part of American military history, Admiral William H. McRaven has been involved in some of the most famous missions in recent memory: the capture of Saddam Hussein, the rescue of Captain Richard Phillips, and the raid to kill Osama bin Laden. Like many sailors before him, McRaven is a natural raconteur. This impeccably told collection of tales begins in 1963 at a French Officers' Club in France, where Allied officers gathered to have drinks and tell stories about their adventures during World War II—the place where a young Bill McRaven learned the value of a good story. With wit and wisdom, McRaven reflects on childhood days sneaking into high-security military sites, and a day job of hunting terrorists and rescuing hostages.