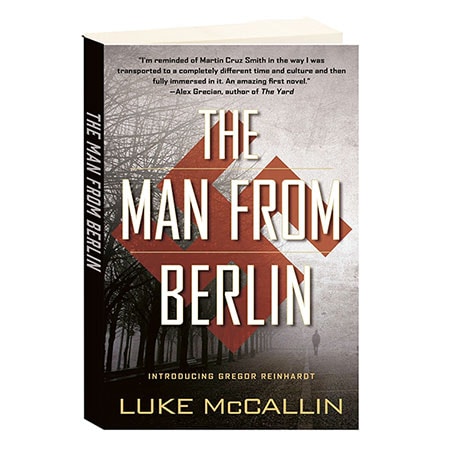 In 1943 Sarajevo, a young filmmaker and photographer—a veritable hero to her people—has been viciously murdered, along with a German officer. Military intelligence officer Captain Gregor Reinhardt has been handed the investigation. Already haunted by his wartime actions and mistakes he's made off the battlefield, he finds that this case may be more than just murder, and that the late Yugoslav heroine may have been more brilliant—and more treacherous—than anyone knew.

"[Luke] McCallin's well-wrought debut … highlights the complexities of trying to be an honest cop under a vicious, corrupt regime…. Intelligent diversion for WWII fans."—Publishers Weekly