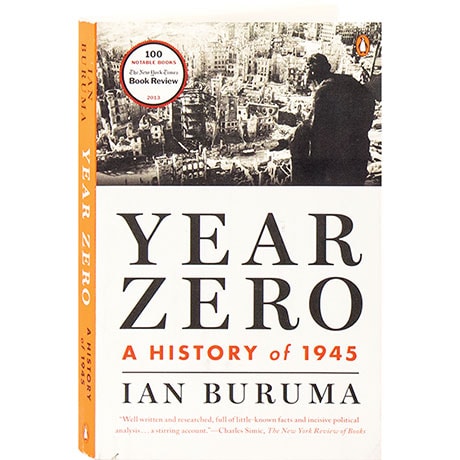 Marking 1945 as a pivotal year in the course of human history, Ian Buruma gives us a global portrait of civilization emerging from the ruins of World War II. Regime changes swept across much of Asia and all of continental Europe, while ravaged populations went homeless and starving, and harsh revenges were meted out. At the same time, the postwar years gave rise to such optimistic institutions as the United Nations, decolonization, Japanese pacifism, and the European Union. Buruma—named one of Foreign Policy magazine's Top 100 Global Thinkers in 2010—filters this epic vision through the experiences of his Dutch father, captured and conscripted to labor in Berlin factories.