Faster: How a Jewish Driver, an American Heiress, and a Legendary Car Beat Hitler's Best 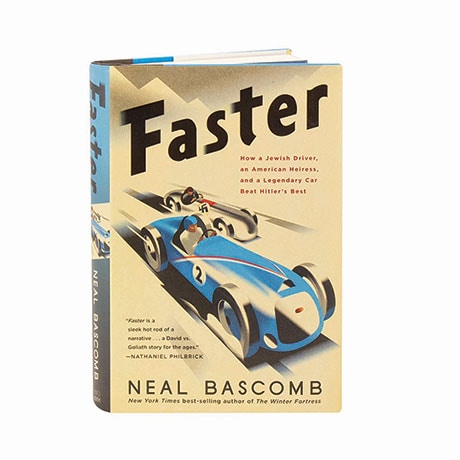 Faster: How a Jewish Driver, an American Heiress, and a Legendary Car Beat Hitler's Best

With the outbreak of World War II only a year away, Rene Dreyfus—a top driver banned from the best European teams because of his Jewish heritage—joined forces with heiress Lucy Schell and down-on-his-luck car manufacturer Charles Weiffenbach to challenge Hitler's dominance at the apex of motorsport: the Grand Prix. Much as he did in The Winter Fortress and The Escape Artists, Neal Bascomb uncovers a thrilling yet little-known milestone in history, and here he recounts how these three unlikely heroes undertook a quest for redemption that culminated in a remarkable race.

"An exuberant chronicle…. Bascomb packs the book with colorful details and expertly captures the thrill and terror of early-20th-century auto racing. This rousing popular history fires on all cylinders."—Publishers Weekly