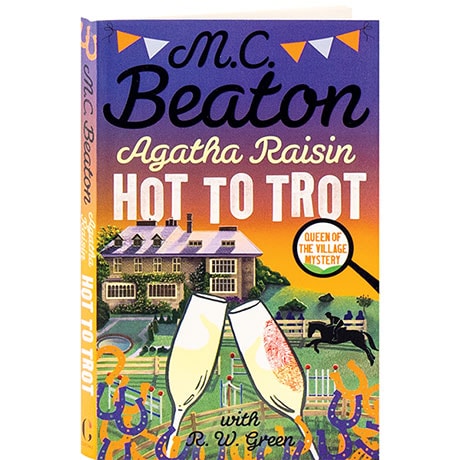 When Agatha Raisin learns that her one-time lover Charles Fraith is to be married to a mysterious socialite, Mary Brown-Field, she decides to find out what she can about the woman. Coming up empty, Agatha crashes their wedding, which ends in a public altercation. Nursing a hangover the next morning, she gets a phone call from Charles, who informs her that Mary has been murdered. Following Beating About the Bush, Agatha takes her 31st case, an undercover trek into the competitive equestrian world, in which Mary had been enmeshed. Meanwhile, the police department has a suspect: Agatha. Will she track down the criminal in time, or end up behind bars herself?