Sharp: The Women Who Made an Art of Having an Opinion 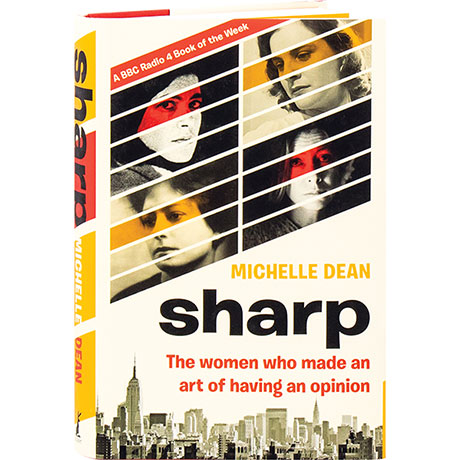 Sharp: The Women Who Made an Art of Having an Opinion

They came from different backgrounds, and held vastly divergent perspectives on the 20th century. Yet the ten women here—Dorothy Parker, Rebecca West, Hannah Arendt, Mary McCarthy, Susan Sontag, Pauline Kael, Joan Didion, Nora Ephron, Renata Adler, and Janet Malcolm—are united by what Michelle Dean calls "sharpness," the talent for cutting to the quick with wit and precision of thought. In this heady cocktail of biography, literary criticism, and cultural history—a New York Times Book Review Editors' Choice—Dean celebrates these brilliant women, introduces their writings, and illuminates how they asserted themselves in a climate of extreme condescension by the male dominated cultural establishment.