Indestructible: One Man's Rescue MIssion That Changed the Course of WWII 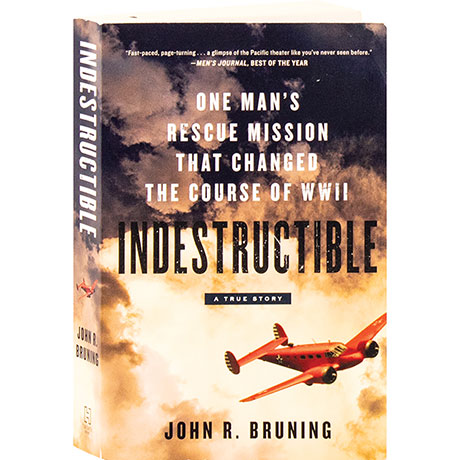 Indestructible: One Man's Rescue MIssion That Changed the Course of WWII

From the knife fights and smuggling runs of his youth to his fiery days as a pioneering naval aviator, Paul Irving "Pappy" Gunn played by his own set of rules, but getting married finally brought him tranquility. Drafted into MacArthur's air force, Pappy was carrying out a top-secret mission when the Japanese seized his family, and Pappy reverted to his lawless ways. Fighting with suicidal desperation to defeat the Japanese and find his family, Pappy also modified bombers to hit harder, fly farther, and deliver more destruction than anything yet seen in the air, and as John Bruning recounts, these new planes facilitated one of the most decisive American victories of World War II.