The Betrayal Of The Duchess: The Scandal That Unmade the Bourbon Monarchy and Made France Modern 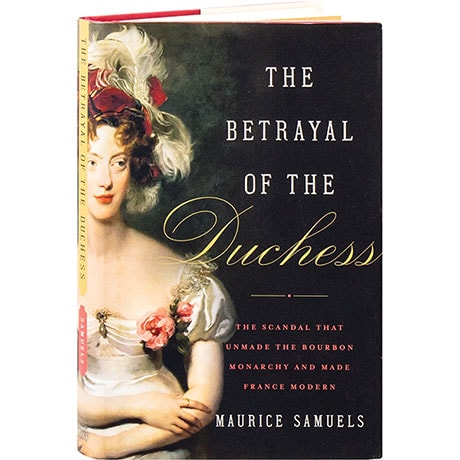 The Betrayal Of The Duchess: The Scandal That Unmade the Bourbon Monarchy and Made France Modern

The year was 1832, and the French royal family was in exile, driven out by yet another revolution. Here Maurice Samuels follows the unlikely adventures of their would-be savior, the Duchesse de Berry—the mother of the 11-year-old heir to the throne—whose plot to restore the Bourbon dynasty involved a guerilla army and disguising herself as a man to evade capture. But soon she was betrayed by her trusted advisor, Simon Deutz, the son of France's Chief Rabbi, igniting a firestorm of hatred against the nation's Jewish population. By blaming an entire people for the actions of one man, Samuels argues, the duchess's supporters set the terms for the century of antisemitism that followed.