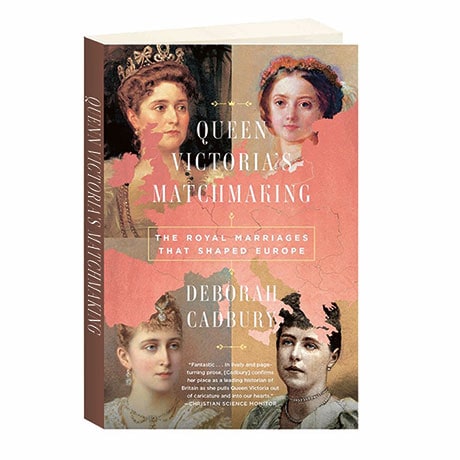 As her reign approached its sixth decade, Queen Victoria was determined to perpetuate British royal power by maneuvering her 30 grandchildren into a series of dynastic marriages with the royal houses of Europe. Yet for all their apparent obedience, these strong-willed grandchildren often had plans of their own; worse yet, revolution and war were in the air, and monarchies worldwide faced an uncertain future. Here Emmy-winning BBC documentarian Deborah Cadbury travels through the glittering, decadent European palaces from London to Saint Petersburg, detailing the scandals, political machinations, and family tensions that inevitably marred most of these arranged marriages.