Hoax: A History of Deception: 5,000 Years of Fakes, Forgeries, and Fallacies 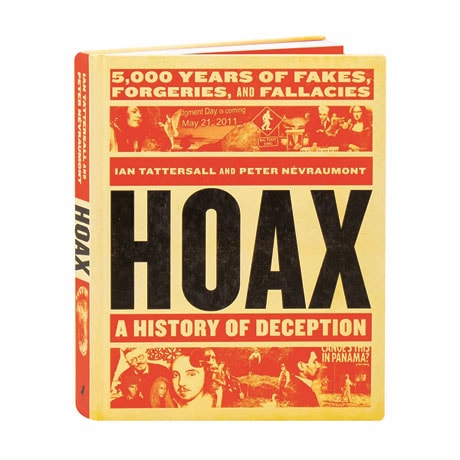 Hoax: A History of Deception: 5,000 Years of Fakes, Forgeries, and Fallacies

World history is littered with tall tales and those who have fallen for them—as documented in this anecdotal history of the hoax, in which Michelangelo fakes a masterpiece, Arctic explorers seek an entrance into a hollow earth, a Shakespeare tragedy is "rediscovered," a spirit photographer documents Abraham Lincoln's ghost, and the first human is shown not only to be British but to have played cricket. Related chronologically, the book begins with the first documented announcement of the end of the world in 2800 BC and winds its way through such controversies as the Loch Ness Monster and the Shroud of Turin, past proven fakes like Thomas Jefferson's ancient wine and the Davenport Tablets.