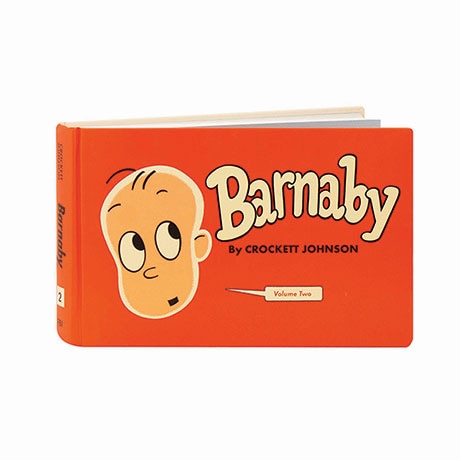 No Reviews Write the First Review
Item #: D13513
Format: Hardcover
Better known as the creator of Harold and the Purple Crayon, Crockett Johnson's first triumph was a thoughtful, wryly observant newspaper strip starring five-year-old Barnaby Baxter and his cigar-chomping fairy godfather J.J. O'Malley. Barnaby ran from 1942 to 52, bridging the gap between Krazy Kat and the later Pogo and Peanuts with its deft balance of fantasy, political commentary, sophisticated END_OF_DOCUMENT_TOKEN_TO_BE_REPLACED
Add to Wish List

In this second volume of Barnaby strips, fast-talking O'Malley takes Barnaby Baxter on a trip to Washington, D.C., to serve his term in Congress. Also, Gus the Ghost and O'Malley follow the Baxters to their seaside cottage, enlisting Barnaby to join them on a treasure hunt; other misadventures include a jaunt to Wall Street and encounters with ermine hunters and soap salesmen.