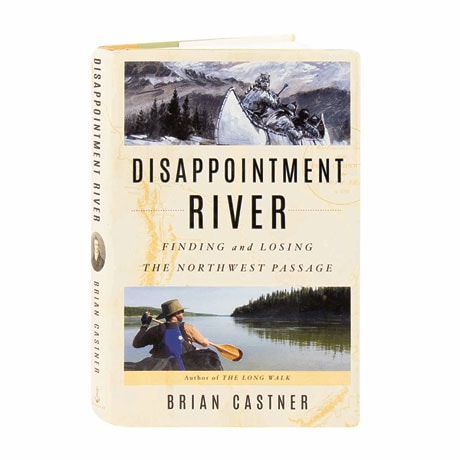 In 1789, Alexander Mackenzie traveled 1200 miles on the immense river in Canada that now bears his name, in search of the fabled Northwest Passage that had eluded mariners for hundreds of years. Fourteen years before Lewis and Clark, Mackenzie set off to cross North America with a team of voyageurs and Chipewyan guides, to find a trade route to the riches of the East. What he found was a river that he named "Disappointment," and he died thinking he had failed. In 2016, Brian Castner retraced Mackenzie's route by canoe, and discovered the Passage he could not find. Telling the story of Mackenzie's epic voyages in vivid prose, Castner also describes his own grueling journey through this pristine yet unforgiving landscape, and speculates on the river's potential to become a far-northern Mississippi.

"Vividly described, in well-wrought scenes that alternate from inspiring to humorous to stomach-clenching.... Castner is a highly skilled writer and engaging companion."—Anchorage Daily News