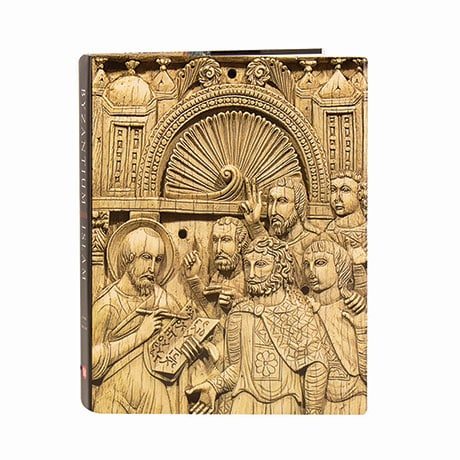 The world was changing in the 7th-century Byzantine remnants of the Roman Empire; Byzantium's southern provinces—North Africa and the eastern Mediterranean—were already vibrant and diverse cultural crossroads on the trade routes from Spain to China. But over the next two centuries these Christian and Jewish communities were increasingly engaged with the emerging Islamic world, and the region experienced an unprecedented cross-fertilization. This catalogue depicts some 200 objects—precious metals, brilliant textiles, fine ivories, elaborate mosaics, manuscripts, and icons—in color photos and detailed descriptions, highlighting the dialogue between Byzantine styles and the evolving Islamic aesthetic.

"Groundbreaking scholarship.... An outstanding introduction to the transition from late Antiquity to Islam."—NYReview of Books