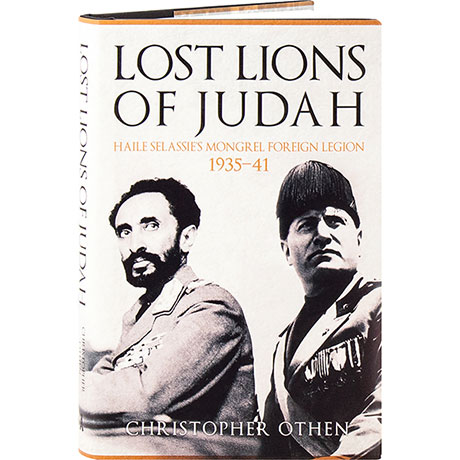 In October 1935, Fascist Italy invaded independent Ethiopia, a nation that could only fight back with swords and spears. Needing help desperately, Emperor Haile Selassie hired a gang of mercenaries who could barely shoot straight and were further to the right than Mussolini. As Christopher Othen reveals here, this army included Americans posing as fake French counts, an Austrian Nazi doctor, Fascist Belgian gunmen, and an African-American pilot duo known as the Black Eagle and the Brown Condor. Together, this bizarre foreign legion tried to save Ethiopia, but Othen details how the invasion of Ethiopia almost turned into a worldwide race war.