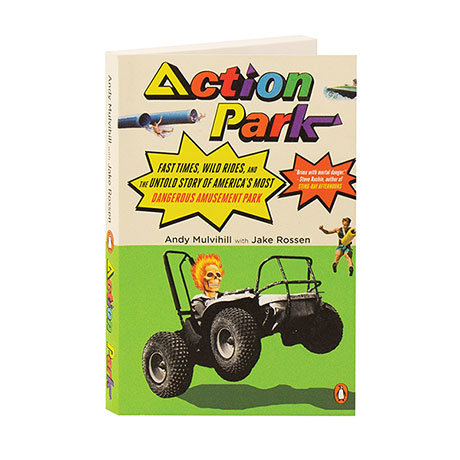 Entertaining a million people a year in the 1980s, the New Jersey amusement playland Action Park placed no limits on danger or fun—sometimes with tragic results. Though it closed its doors in 1996, it has remained a subject of fascination ever since, completely anathema to our modern culture of rules and safety. Telling the inside story of the place that inspired the HBO documentary Class Action Park, Andy Mulvihill—the son of the park's idiosyncratic founder, Gene Mulvihill—discusses his early days testing precarious rides to working his way up to chief lifeguard of the infamous Wave Pool, while chronicling the life and death of a uniquely American attraction.