Kings Of Queens: Life Beyond Baseball with the '86 Mets 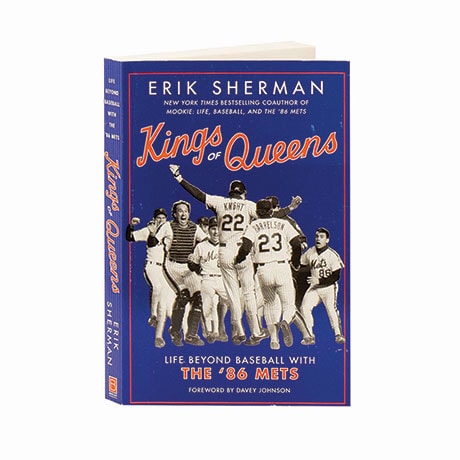 Kings Of Queens: Life Beyond Baseball with the '86 Mets

In 1986, the New York Mets were as dominant as a team can be, winning two out of every three games and defeating the determined Boston Red Sox in the World Series. Their lineup included Darryl Strawberry, Doc Gooden, Keith Hernandez, Lenny Dykstra, Mookie Wilson, Howard Johnson, and the late Gary Carter, all known for their heroics on the field. For some of them—known as the "Scum Bunch"—their debauchery off the field was also awe-inspiring. But when that golden season ended, so did their aura of invincibility, and some faced battles with addiction, others were traded or struggled to keep their lives together. Through interviews with some of these legendary players, Erik Sherman offers a new perspective on a team that will forever be remembered in sports history.