Last Boat Out Of Shanghai: The Epic Story of the Chinese Who Fled Mao's Revolution 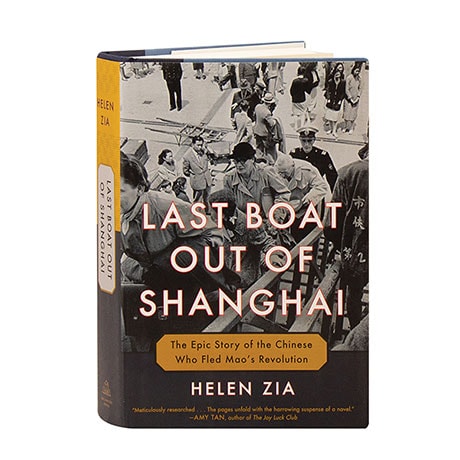 Last Boat Out Of Shanghai: The Epic Story of the Chinese Who Fled Mao's Revolution

When Mao's proletarian revolution emerged victorious from China's long civil war, a significant portion of Shanghai's intellectuals, entrepreneurs, and thriving middle class fled the city to avoid the Communists. Drawing on interviews with members of the last generation to fully recall this massive exodus, Helen Zia weaves together the stories of four young Shanghai residents who wrestled with the decision to abandon everything for an uncertain life as refugees in Hong Kong, Taiwan, and the United States.

"A deftly woven, deeply moving chronicle…. A fascinating read as an intimate family memoir, as well as a missing chapter of modern history finally coming to light."—San Francisco Chronicle