Macarthur's Air Force: American Airpower over the Pacific and the Far East, 1941-51 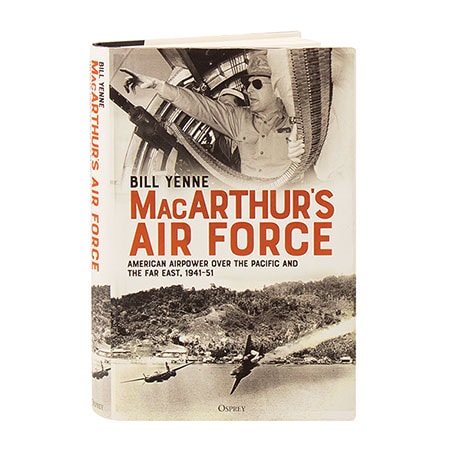 Macarthur's Air Force: American Airpower over the Pacific and the Far East, 1941-51

After being humbled by the Japanese in the Philippines in 1942, General Douglas MacArthur and his air chief General George Kenney rebuilt the U.S. aerial presence in the Pacific. Under their leadership, Bill Yenne points out here, Allied forces were able to push back the Japanese Air Force, retake the Philippines, and carry the war north towards the Home Islands. As Commander in Chief at the outbreak of the Korean War, MacArthur helped U.N. forces to be ready for the first aerial combat between jet fighters. While MacArthur's importance has never been in doubt, this history gives him his due as a visionary of land-air-sea operations and head of the second largest air force in the USAAF.