On Treason: A Citizen's Guide to the Law 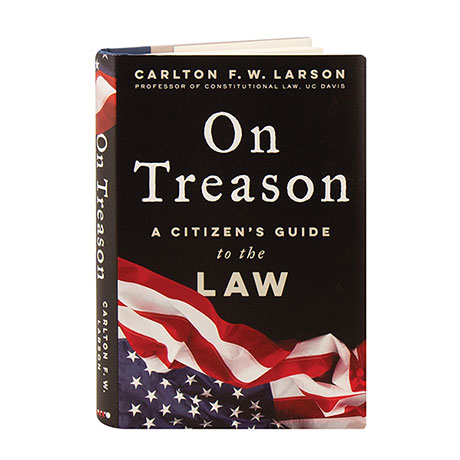 On Treason: A Citizen's Guide to the Law

Treason is the only crime specifically defined in the United States Constitution, and it has been described as more heinous than murder. Today, the term is tossed around by politicians on both sides of the aisle. But what is it, and when should it be prosecuted? With examples ranging from the medieval English Parliament to the accusations against Edward Snowden and Donald Trump, Carlton Larson seeks answers in the cases of Benedict Arnold, Aaron Burr, and World War II's "Tokyo Rose," plus Hipolito Salazar—the only person ever executed by the U.S. government for treason—and Walter Allen, a labor leader convicted of treason against the state of West Virginia.

"A fluent, case-rich examination of the laws governing treason and its punishment…. Larson examines the notion clearly and accessibly."—Kirkus Reviews