The Champions Of Camouflage 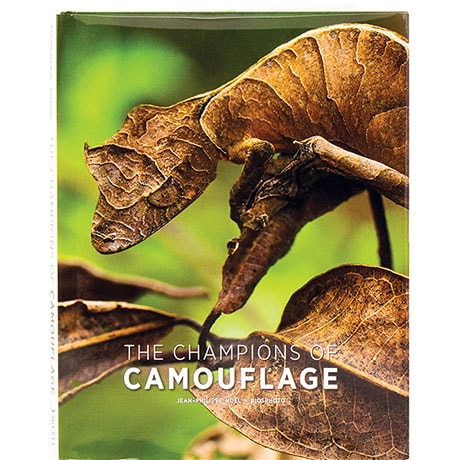 The Champions Of Camouflage

Whether to escape predators or to surprise their prey, the talented strategists of nature survive using visual trickery and fascinating biology. Even eagle-eyed viewers may be stymied by some of the images here, which include a willow ptarmigan, spitting image of a snowball; a tropical flounder disappearing into the sea floor; the potoo, a bird indistinguishable from a branch; the curiously named satanic leaf-tailed gecko, like a dry leaf with four legs; and moths whose wings look like the eyes of a much larger predator. In such chapters as "Identity Thieves," "Trojan Horses," and "At the Masked Ball," Jean-Philippe Noel explores the enigmatic world of camouflage and adaptation.