The Liberation Of Paris: How Eisenhower, De Gaulle, and Von Choltitz Saved the City of Light 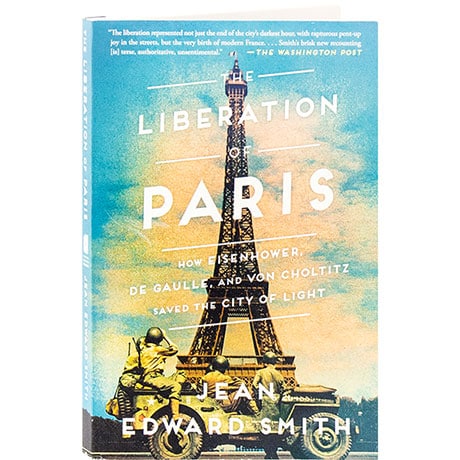 The Liberation Of Paris: How Eisenhower, De Gaulle, and Von Choltitz Saved the City of Light

Following their breakout from Normandy in late June 1944, the Allies swept across northern France to cross the Rhine into Germany, ending the war before winter set in. The leading figure of the Free French government, Charles de Gaulle urged General Dwight Eisenhower to divert forces to liberate Paris. Eisenhower's advisers recommended otherwise, but Ike wanted to help position de Gaulle to lead France after the war, rather than the communists. In his final book, Jean Edward Smith explains that neither man knew that the German commandant, Dietrich von Choltitz, already intended to surrender the city to the Allies intact, defying Hitler's orders to leave it a burning ruin.