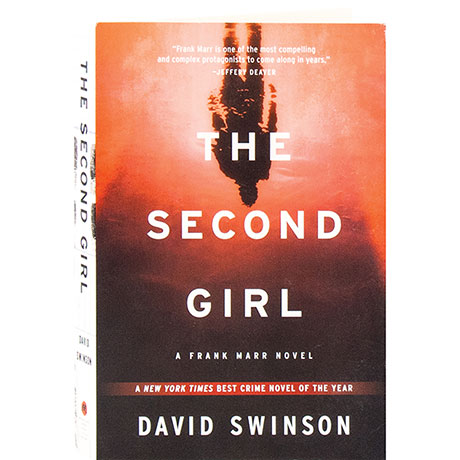 A former Washington, DC police detective, Frank Marr retired early and now ekes a living as a private eye for a defense attorney. A high-functioning drug addict, Marr has devoted his considerable skills to hiding his usage from others, but after accidentally discovering a kidnapped teenage girl in the home of an Adams Morgan drug gang, Marr becomes a hero and is thrust into the spotlight. In this series debut, Marr reluctantly agrees to investigate the disappearance of another girl—possibly connected to the first—but the heightened scrutiny may bring his own secrets to light, too.

"Once you're drawn into Frankie Marr's world (in, oh, the first few pages of this fine novel), you won't want to leave. Marr is one of the most compelling and complex protagonists to come along in years…. Swinson also offers up a breakneck plot, which he recounts in muscular prose and with a commanding knowledge of cops, bad guys and the streets of Washington, D.C."—Jeffrey Deaver