Voyage Of Mercy: The USS Jamestown, the Irish Famine, and the Remarkable Story of America's First Humanitarian Mission 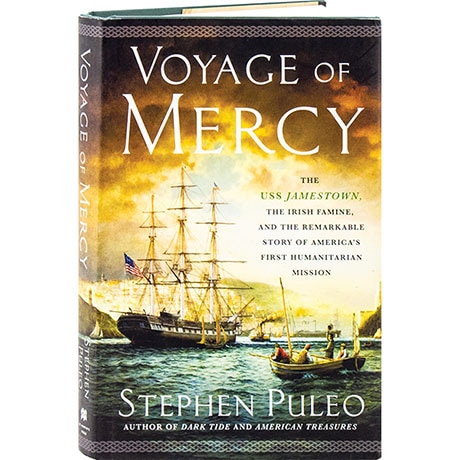 Voyage Of Mercy: The USS Jamestown, the Irish Famine, and the Remarkable Story of America's First Humanitarian Mission

More than 5,000 ships left Ireland during the great potato famine in the late 1840s, transporting the starving and the destitute away from their stricken homeland. The first vessel to sail in the other direction was the USS Jamestown, which left Boston in March 1847 loaded with food for the millions of Irish who could not escape their difficulties. In an unprecedented move by Congress, the warship had been placed in civilian hands, and committed to the peaceful delivery of food, clothing, and supplies. As Stephen Puleo recounts here, Captain Robert Bennet Forbes's mission was the blueprint for future relief efforts, and established the United States as the leader in international aid.