Walking With The Wind: A Memoir of the Movement 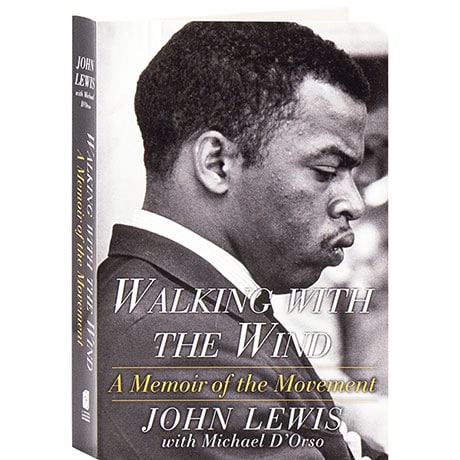 Walking With The Wind: A Memoir of the Movement

In 1957, a teenaged boy named John Lewis left a cotton farm in Alabama for Nashville, the epicenter of the struggle for civil rights in America. Inspired by Gandhi and Martin Luther King Jr., Lewis's sheer determination and adherence to nonviolence established him as a charismatic and courageous leader. Leading the Nashville Movement—a student-led effort to desegregate the city using sit-in techniques—Lewis helped to set the tone for major civil rights campaigns of the 1960s. In this 1998 memoir, Lewis traces his role in the pivotal Selma marches, Bloody Sunday, and the Freedom Rides, eventually making his way in 1986 to a seat in Congress.