Who Slays The Wicked 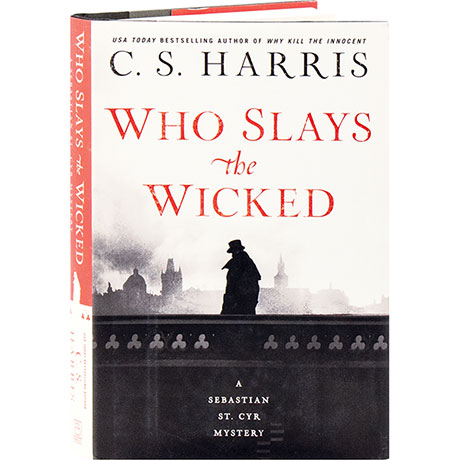 Who Slays The Wicked

When Lord Ashworth is found murdered, Sebastian St. Cyr, Viscount Devlin, is called in to help catch the perpetrator. Sebastian had suspected Ashworth of being a kidnapper of children, but he never proved it, nor was he able to prevent his headstrong young niece Stephanie from entering into a disastrous marriage with the dangerous nobleman. The mother of young twins, Stephanie had been virtually abandoned by her dissolute husband. And in this 14th investigation (after Why Kill the Innocent), when mounting evidence suggests that the murderer was a woman, Sebastian is must unravel the shocking secrets surrounding Ashworth's life to keep Stephanie from being punished for his death.