No One Man Should Have All That Power: How Rasputins Manipulate the World 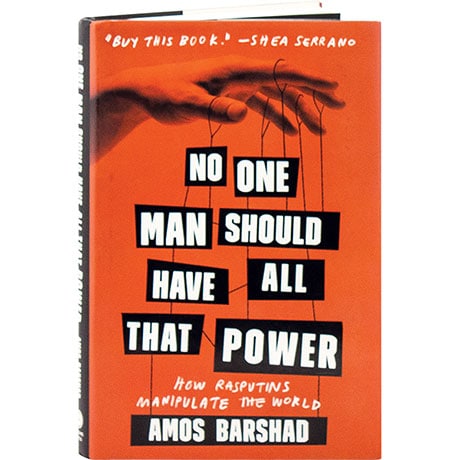 No One Man Should Have All That Power: How Rasputins Manipulate the World

Behind monarchs, presidents, and celebrities, there are scheming advisors, the dark figures who wield power in the shadows. In this insightful exploration of the phenomenon, Amos Barshad begins with Grigori Rasputin, the Russian mystic who wielded undue influence over the last of the tsars. Examining how the Rasputin "type" amasses power in the 21st century, Barshad draws fresh conclusions from interviews with Alex Guerrero (Tom Brady's trainer), Scooter Braun (Justin Bieber's manager), and Sam Nunberg (Trump's former aide) as well as original reporting on figures like Nicaragua's powerful first lady Rosario Murillo and the Tijuana cartel boss known as "Narcomami."