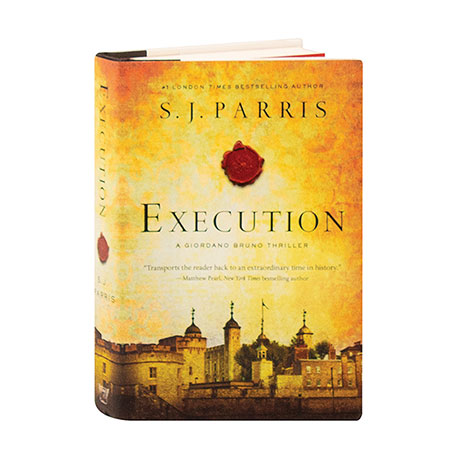 England, 1586. Heretic-turned-spy Giordano Bruno arrives in England with shocking information for spymaster Sir Francis Walsingham. Led by young nobleman Anthony Babington, a band of Catholic conspirators are plotting to kill Queen Elizabeth and spring Mary Queen of Scots from prison to take the English throne in her place. Walsingham is letting the plan unfold, hoping to ensnare Mary and condemn herself to a traitor's death. In this sixth adventure (after Conspiracy), Bruno goes undercover as a Jesuit to join the plotters. Can he stop them before he is exposed? Either way a queen will die; Bruno must make sure it is the right one.

"Those who enjoy a ripping yarn as well as history buffs who demand accuracy in the details will be satisfied."—Publishers Weekly