The Economists' Hour: False Prophets, Free Markets, and the Fracture of Society 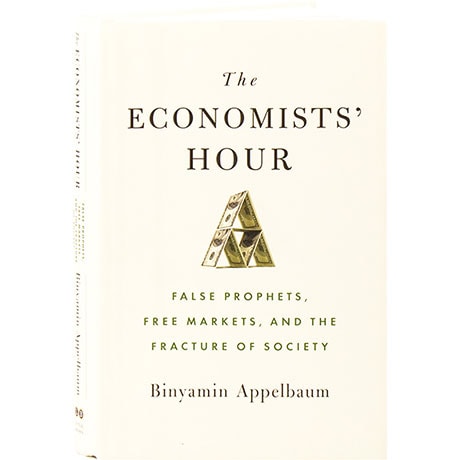 The Economists' Hour: False Prophets, Free Markets, and the Fracture of Society

As the post-World War II boom began to sputter in the 1960s, economists gained influence and power in American life. Their fundamental belief? That government should stop trying to manage the economy. In this New York Times Editor's Choice, Binyamin Appelbaum traces their rise and eventual fall, profiling well-known figures like Milton Friedman and Arthur Laffer, but also Walter Oi, a blind economist whose math persuaded President Nixon to end military conscription; Alfred Kahn, who rejoiced in the crowded cabins on commercial flights as proof of his deregulation of air travel; and Thomas Schelling, who put a dollar value on human life.