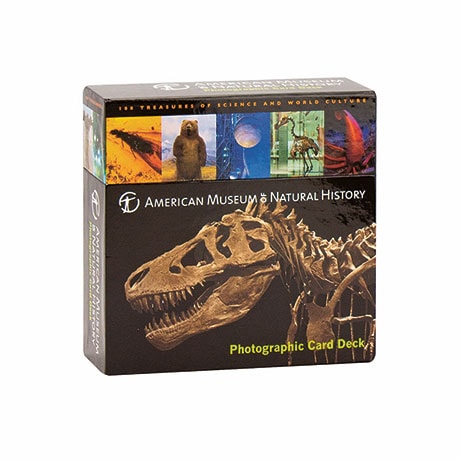 Created in partnership with New York's American Museum of Natural History, this beautifully illustrated and informative card deck presents 100 of its most important artifacts, specimens, and exhibits, from a fossilized dinosaur's nest to the largest blue star sapphire in the world (an astonishing 563 carats). Other treasures include the Cape York Meteorite, discovered in Greenland in 1894; the Haida Canoe, carved in 1878 from a single cedar trunk by the Indians of the Pacific Northwest; a life-sized replica of a 94-foot blue whale; and the Warren Mastodon skeleton, the first complete example found in the United States. Each card features a photo of the object on the front and a 200-word description on the back explaining its origin and significance.