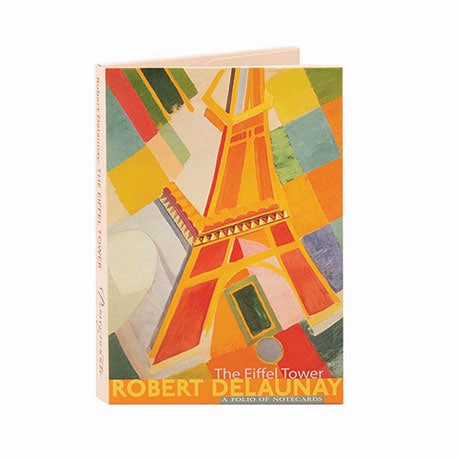 Despite hopping restlessly between cubism, neo-impressionism, and other art schools of the early 20th century, French painter Robert Delaunay returned again and again to his muse, the Eiffel Tower, usually presented from an aerial perspective. This notecard folio contains five each of two versions of his favorite subject, along with ten white envelopes.