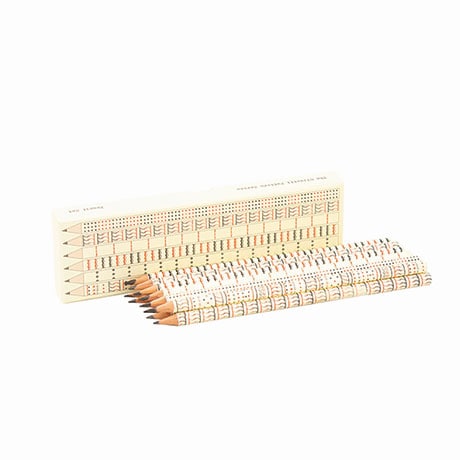 The Olivetti Lettera typewriter is an icon of 20th century Italian design, held in museum collections around the world. Tennessee Williams wrote on one, as did Gabriel García Márquez, Leonard Cohen, Joan Didion, and Cormac McCarthy. But you can type a lot more than literature with an Olivetti, as the red and black patterns on these pencils prove. Wrapped with graphic designs from Made by Memo studio—produced entirely on a Lettera 32—this charming boxed set contains twelve soft graphite pencils, ideal for drawing or writing manuscripts.