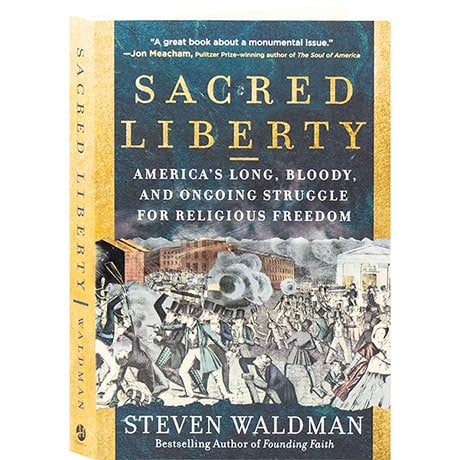 Religious freedom is perhaps America's greatest "invention," suggests the author of Founding Faith, who explores here how early ideas about religious liberty were tested and refined amidst the brutal persecution of Catholics, Mormons, Native Americans, Muslims, Jews, and Jehovah's Witnesses. Presidents sometimes drove religious freedom forward, but the biggest heroes were the regular Americans—like Quaker martyr Mary Dyer and Nation of Islam leader W.D. Mohammed—who risked their lives or reputations to practice their faiths freely. In telling the remarkable story of how America became one of the few nations in world history that has religious freedom, Steven Waldman also discusses how this great achievement can be preserved.

"We are lucky that Waldman has written this compelling study of the most essential breakthrough of modernity: the right to believe, or not, as one wishes. A great book about a monumental issue."—Jon Meacham