Someone Is Out To Get Us: A Not So Brief History of Cold War Paranoia and Madness 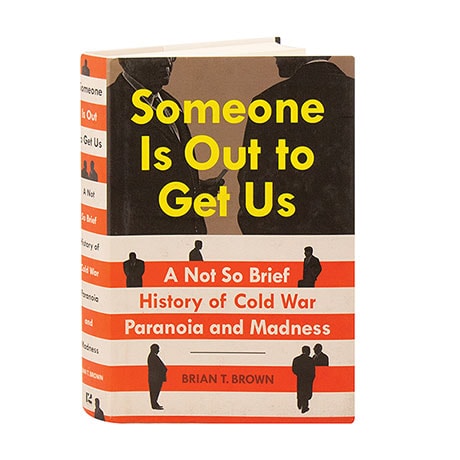 Someone Is Out To Get Us: A Not So Brief History of Cold War Paranoia and Madness

From UFOs to Dr. Strangelove, LSD experiments to FBI files, Brian Brown investigates the pervasive national paranoia of the Cold War—four decades in which the United States fought an enemy of its own making. Though barely able to feed itself, the USSR provided a convenient straw man for ambitious figures like Joe McCarthy, J. Edgar Hoover, and Richard Nixon, argues Brown in his panoramic, often witty overview, while one of the greatest threats to our national security came instead from a ring of aristocratic English spies. His timely reassessment of the Cold War reminds us that political fictions and conspiracies continue to distract us from our real enemy—ourselves.