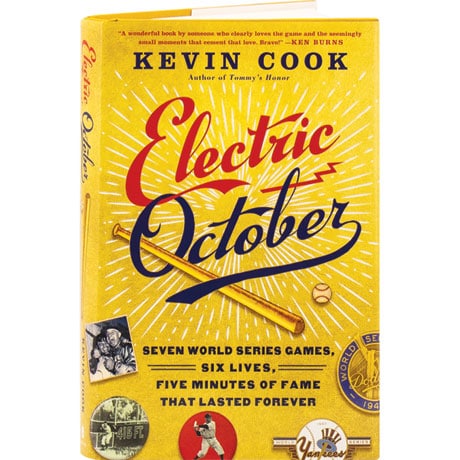 It was the first World Series to be televised, and the thrilling 1947 showdown between the mighty New York Yankees and underdog Brooklyn Dodgers spanned seven epic games. It was Jackie Robinson's first Series, but for all the star power on display, the outcome hinged on role players: journeyman pitcher Bill Bevens; bench players Al Gionfriddo and Cookie Lavagetto; Snuffy Stirnweiss, a wartime batting champion who never got any respect; and managers Bucky Harris and Burt Shotton, each an unlikely choice to run his team. Bringing the '47 Series back to life, Kevin Cook introduces the men whose past offered no hint they were destined for extraordinary things, but whose fame would prove to be fleeting.

"A wonderful book by someone who clearly loves the game and the seemingly small moments that cement that love. Bravo!"—Ken Burns