Five Came Back: A Story of Hollywood and the Second World War 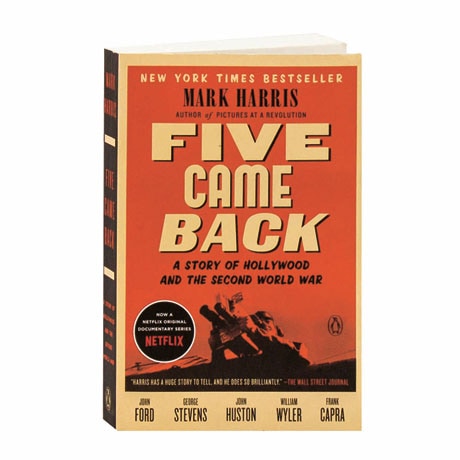 Five Came Back: A Story of Hollywood and the Second World War

During World War II, the U.S. government unexpectedly farmed out its war propaganda effort to Hollywood, allowing directors the freedom to film in combat zones as never before. Here is the remarkable, untold story of how five major directors—John Ford, George Stevens, John Huston, William Wyler, and Frank Capra—were on the scene at almost every major moment of America's war, shaping the public's collective consciousness of what we've now come to call the good fight. The source of the 2017 Netflix series and illustrated with 32 pages of photos, this history by the author of Pictures at a Revolution provides a revelatory new understanding of these five men who changed World War II, and how, in turn, the war changed them.