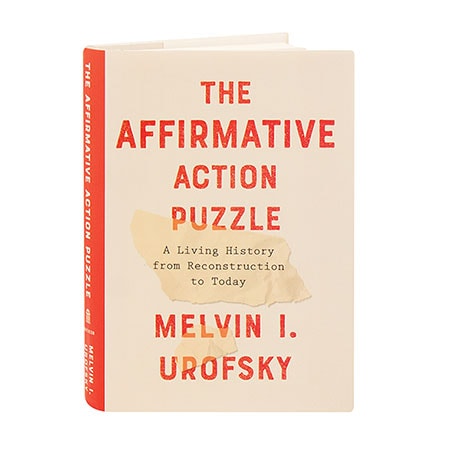 From the Civil Rights Act of 1866 through John F. Kennedy's Executive Order 10925—mandating that federal contractors take "affirmative action"—down to today, the battle against discrimination remains one of the nation's foremost challenges. Exploring affirmative action in relation to race, gender, and education, Melvin Urofsky discusses pivotal events like the northward exodus of six million African Americans between 1910 and 1960, Harry Truman's racial integration in the armed forces, and a host of Supreme Court cases. Urofsky also looks to the future, detailing why affirmative action is still needed to achieve full equality.

"Urofsky leads us to consider how law should best combat the legacies of racism, sexism, and ableism in order to open doors of opportunity to previously excluded groups. A thought-provoking read."—Library Journal