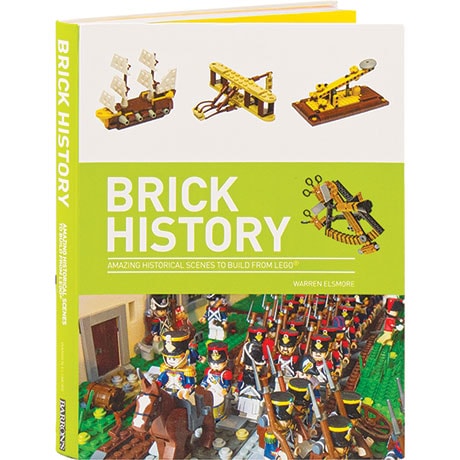 Imagine the thrilling Battle at Thermopylae, the assassination of Caesar, the Norman conquest of England, Michelangelo painting the Sistine Chapel ceiling, the Mayflower sailing to America, the Civil War, the women's suffrage movement, the Apollo 11 moon landing, and the inauguration of Barack Obama—in fact, 70 key moments in Western history—and all enacted with LEGO mini figures and bricks. The author of Brick City again gives us both projects to build and truly spectacular scenes to enjoy, captured in more than 400 color photos and two large foldout posters. Try your hand at the D-Day landings, Martin Luther King Jr.'s "I Have a Dream" speech, and the royal wedding of Prince William and Kate Middleton.