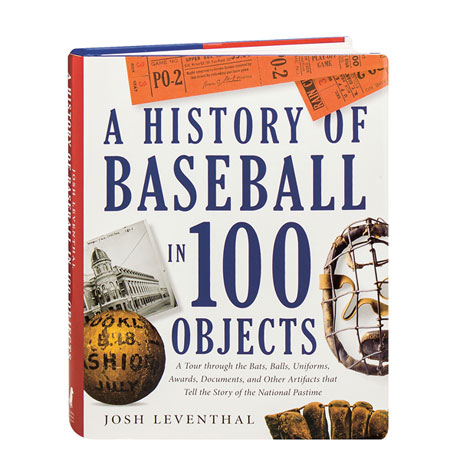 Whether "Shoeless" Joe Jackson's shoes or Sandy Koufax's 1963 Cy Young Award, Jackie Robinson's No. 42 jersey or a lineup card from Cal Ripken's record tying 2,130th game, baseball seems like it was destined to produce captivating relics. Each of the objects in this engrossing tome is shown in a color photo and described in Josh Leventhal's insightful texts. Here too are the rulebook of the first organized league, the handwritten lyrics of "Take Me Out to the Ballgame," an ostentatious crown worn by Babe Ruth, the 1909 Honus Wagner T206 baseball card—easily worth millions—and even the gravestone of Ray Chapman, still the only player ever killed by a pitch.