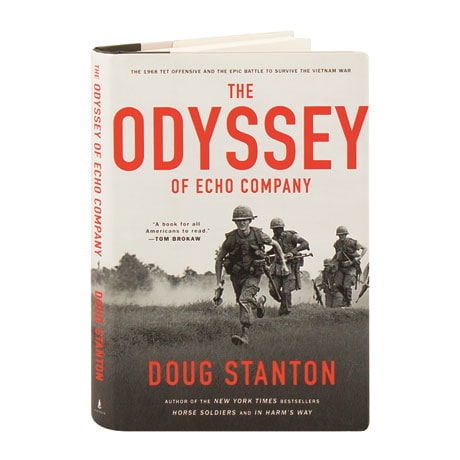 On January 31, 1968, as many as 100,000 soldiers in the North Vietnamese Army attacked 36 cities throughout South Vietnam, hoping to topple the government and dislodge American forces. Recently arrived from cities and towns all over America, 40 young soldiers from the 101st Airborne Division's Echo Company were suddenly thrust into savage combat. Their exhausting day-to-day existence, which involved ambushes, grueling gun battles, and heroic rescues, forged the group into a lifelong brotherhood. Distilling interviews, letters written in the combat zone, and Pentagon reports, Doug Stanton tells their story, and travels to the battle sites with some of the veterans to meet their Vietnamese counterparts.