Anything For A Vote: Dirty Tricks, Cheap Shots, and October Surprises in U.S. Presidential Campaigns 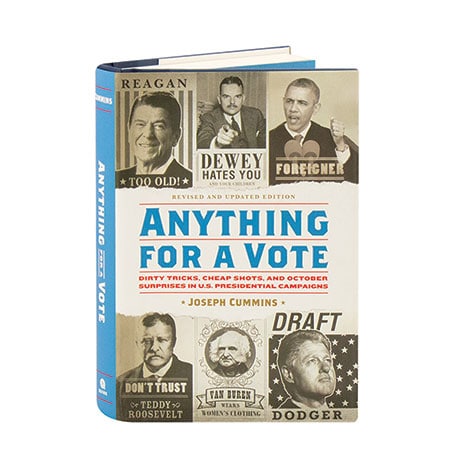 Anything For A Vote: Dirty Tricks, Cheap Shots, and October Surprises in U.S. Presidential Campaigns

John Quincy Adams was a pimp. Martin Van Buren wore women's undergarments. And Adlai Stevenson killed a little girl. True or not, character assassination has always played a role in presidential elections, and this compulsively readable book checks in on every campaign from George Washington's (mostly) unopposed terms through Barack Obama's 2012 re-election. Here are the hard facts about who ran, who won, and how, but also the gossip, scandals, and outright slanders—as well as behind-the-scenes players—that sometimes helped to tip the scales. There was nearly a President Tilden and a President Dewey, but as this mindboggling book proves, the presidency is a winner-take-all contest.