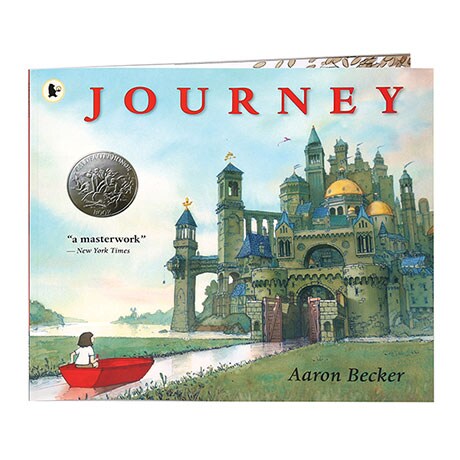 In a gorgeous, wordless story for readers of all ages—a 2014 Caldecott Honor Book and New York Times Best Illustrated Book of 2013—a lonely girl picks up a strange red marker and draws a door leading into a realm of vivid imagination. Aaron Becker, who helped create animated films for Lucasfilm, Disney, and Pixar, gives us a world as magical and richly detailed as Winsor McKay's Slumberland or the films of Hayao Miyazaki.

"The very best kind of journey … laudable for its adventuresome female protagonist, scope, and sense of fun."—Booklist (starred review)