The Cadaver King And The Country Dentist 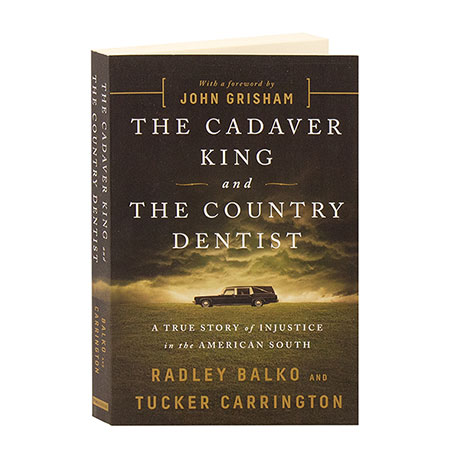 The Cadaver King And The Country Dentist

After two three-year-old girls were murdered in rural Mississippi in 1990, law enforcement pursued and convicted two innocent African Americans, Kennedy Brewer and Levon Brooks. Explaining how the men were finally exonerated in 2008—and how the real killer was found—journalist Radley Balko and Tucker Carrington of the Innocence Project tell the disturbing story of Dr. Steven Hayne, who performed the vast majority of Mississippi's autopsies, while his friend Dr. West, a local dentist, pitched himself as a forensic jack-of-all-trades. Together they became the go-to experts for prosecutors and helped put countless people in prison—until some of those convictions began to fall apart. In the foreword, John Grisham comments on his own unexpected connection to the case.