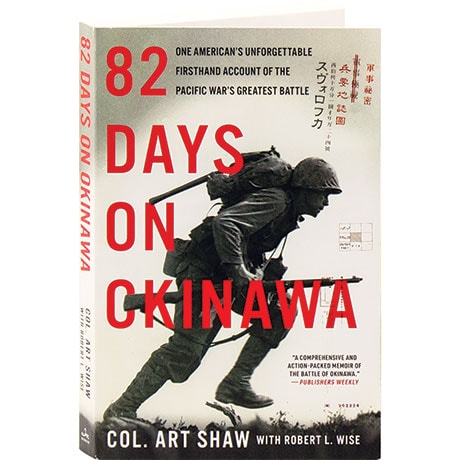 On Easter Sunday, 1945, more than a million men gathered aboard 1500 Allied ships off the coast of the Japanese island of Okinawa, preparing to launch the largest amphibious assault of the Pacific Theater. The first American officer ashore was then-Major Art Shaw (1920-2020), a unit commander in the U.S. Army's 361st Field Artillery Battalion of the 96th Infantry Division, nicknamed the Deadeyes. As Shaw unforgettably chronicles in this memoir, he and his men served for more than two months near the front lines of the Pacific's costliest battle, pitting their artillery against a phantom enemy entrenched in the crags of the island.

"A gritty, first-person account remembered from the vantage point of 75 years later. One can hear Shaw's voice as if he were sitting beside you reminiscing through misty eyes about the defining moments of his youth."—Wall Street Journal