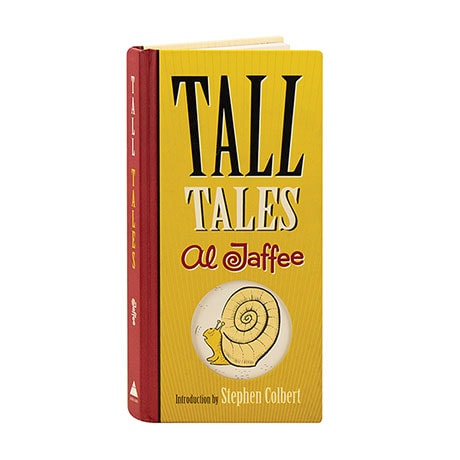 One of the "Usual Gang of Idiots" at MAD magazine, Al Jaffee also produced a unique gag comic for the New York Herald Tribune from 1957-63, Tall Tales, which turned the usual strip format from horizontal to vertical—for the first and last time in newspaper history. Jaffee's wordless panels are packed with his hilarious cartooning and exquisite sense of timing—often we see the scene just before or just after disaster strikes, and once you put the visual clues together, laughter is guaranteed to follow. This very vertical collection contains 120 of his best from over 2200 Tall Tales, with an introduction by longtime fan Stephen Colbert.